Healing Within Marriage from an Abortion 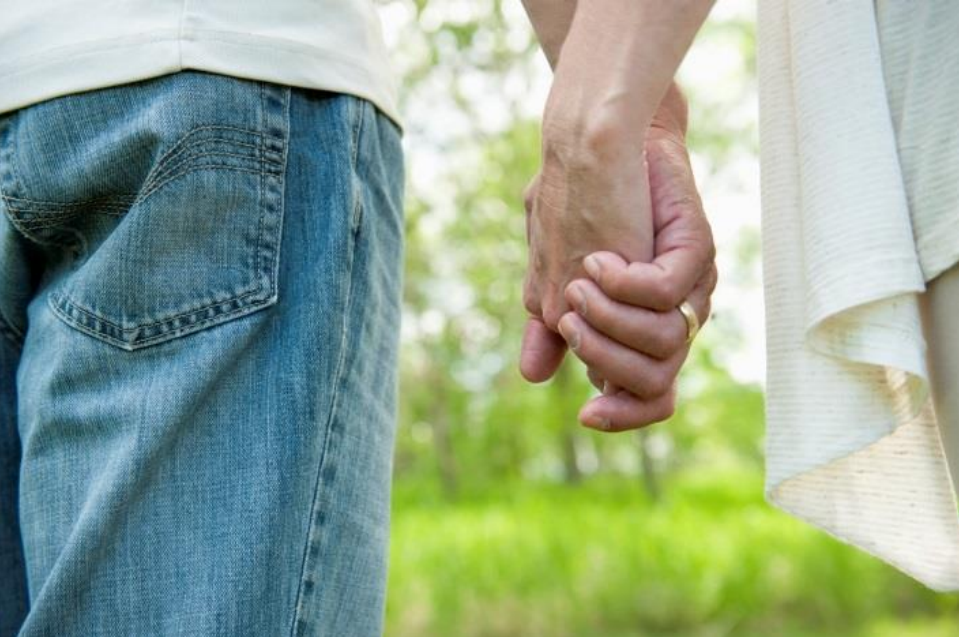 When Susan’s* husband, Juan, told her about the abortion he was involved in when he was in college, she finally understood why he was so depressed and had trouble bonding with their children. However, she wanted him to just get over it, without seeking help from a post-abortion healing ministry. It bothered her to think of him dealing with this in relation to another woman and child.

With an estimate of over 56 million abortions in our country since the infamous Roe vs.Wade decision of 1973, there’s little doubt that countless marriages are suffering from one or both spouses’ involvement in an abortion.

Although many of the same struggles may arise when only one spouse was involved in a previous abortion, couples who aborted their own child before marriage may experience their own unique difficulties, as Tina shares:

…I didn’t think it bothered me until after we were married for a year and our son was born. I was so resentful that my husband hadn’t protected me and our baby when I became pregnant before we were married. …I began to resent and hate him. It was like a great divide between us. I couldn’t and wouldn’t let go of the anger and resentment, because if I did, it would be like saying the abortion was ok, and it wasn’t. (Our baby died,) I was hurt, and he could just go on like nothing happened.

For cases in which one spouse is unaware of the other’s past abortion experience, some feel it is crucial for him or her to be told, while others believe it is in the past and it’s not necessary to address it. But if “the two shall become one” (Mt 19:5), can the marital union be brought to its fullest potential with the secret of an abortion lingering in the past?

Steve doesn’t think so: “…looking back over our 29 years of marriage, it is probably the one thing from [either] of our pasts that has affected our marriage more than any other.”

It is no secret that the devastation of abortion brings with it many challenges. Many times the people who have participated in an abortion are not even aware of the countless ways it is affecting their lives. Often, it is not until they recognize some of the effect it is having and become involved in a healing ministry that they begin to more clearly identify their personal abortion connectors (people, places or things that trigger memories of their abortion experience).

It is not uncommon for those suffering from past abortions to overreact to present situations because of the trauma they experienced. For example, what would otherwise be a normal disagreement between spouses can seem like a very real act of abandonment to someone who was coerced into having an abortion. An abortion may also lead to infertility or difficulty conceiving later in life, which bring their own emotional strains for a couple.

Fear of intimacy is another struggle that may arise. Some women and men have kept past abortion experiences a secret and live in the fear of being exposed. They never really open themselves completely to intimacy for fear of being rejected if their spouse ever discovered their secret. Others may not be willing to practice their faith because of the guilt and shame they feel, which deprives them of spiritual consolation and drives a wedge between them and their spouse.

It is scary for a person to tell his fiancée or her fiancé or spouse about a past abortion. It requires great trust in that person’s love for them and trust in God. Unfortunately, sometimes that knowledge can threaten the relationship, but it can also be a means for the couple to grow closer together.

Through the help of a post-abortion healing ministry, couples can successfully work through abortion-related challenges, and God’s grace can bring true healing in their relationships. Matt shared his own story of this experience:

I had a hard time learning about the abortion and was not sure if I in fact was still going to be able to marry my fiancée. Attending the retreat helped me to recognize that she was the same person I had loved the day before I learned, and that if God had forgiven her, I needed to forgive her as well. Through counseling and direction we have been able to work through the many feelings and fears I had, and I feel confident we are now able to work on any issues that come up together, and move past them through the grace of God. I feel I am now able to love her the way God intended.

Significant growth can also result from working through the pain together as a couple. For example, the spouse that was not involved in their husband’s or wife’s past abortion may choose to “spiritually adopt” their spouse’s aborted child. This spiritual adoption can be a beautiful way to unite the couple as the family God intends them to be, as Steve recognized:

I made the decision that this was part of what was brought to our marriage ‘in good times and in bad, in sickness and in health…to love and honor…all the days of my life.’ I take that vow seriously. We had to make this journey together. … I now look upon it that I have two sons, the one [whom] she conceived before we met, and the one we conceived together. Would it be any different if the child had lived and … [were] here present in our lives? No!! The only real difference is that we have a child who is with God and who is working and praying for us.

Abortion affects countless marriages more than many people recognize. But there is no doubt that God will bring great healing to those who trust in his infinite mercy. If a past abortion can be acknowledged and addressed, a married couple can make great strides in experiencing even more fully God’s design that “the two shall become one” (Mt 19:5).

*The stories of Susan, Juan, Steve, Tina and Matt (their names are changed for their privacy) are just a few examples of the many marriages touched by abortion. To find out what pastoral resources for marriage may be available in your local area, contact your diocesan family life office. To find resources for post-abortion healing, visit HopeAfterAbortion.org.