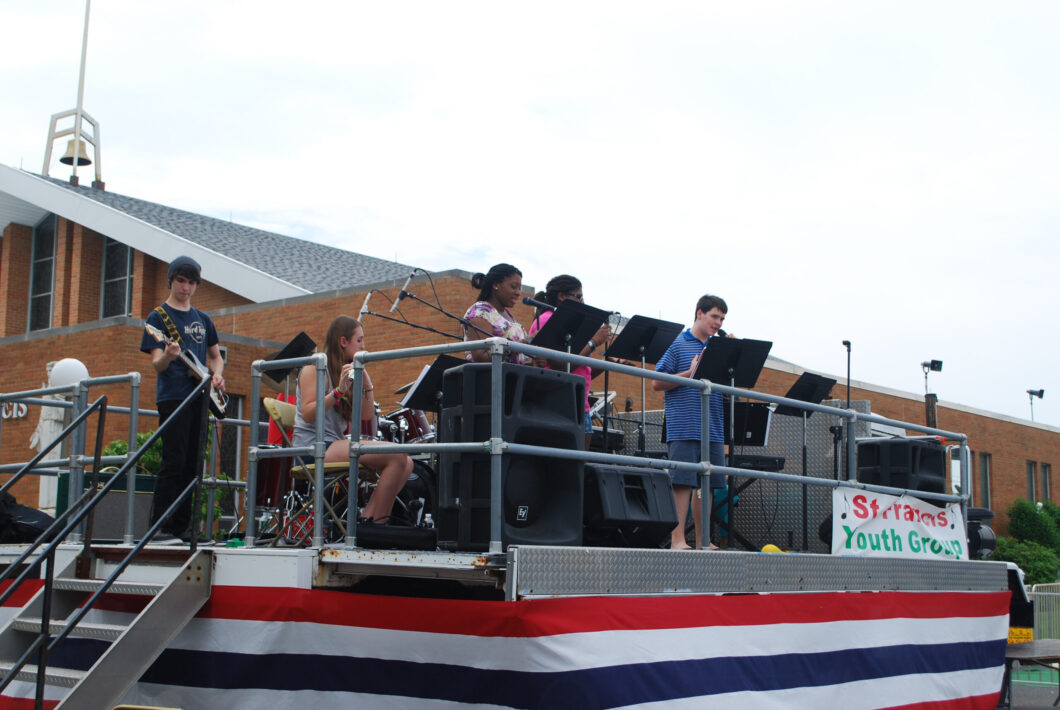 A reflection from Instruments of Peace band member James Young.

The term “community service” has always possessed a negative connotation. People immediately think of prisoners picking the trash off a highway the second they hear the term. Community service has always struck us an obligation; something we don’t necessarily want to do, but something that will benefit society once completed. When I joined Instruments of Peace, St. Francis’ one-and-only youth rock band, I started thinking of community service in a completely new light: something I very much wanted to do.

I found my passion for music at the age of fourteen, and while I wish I could say that it came the second I picked up an instrument, it wasn’t until a little convincing from my musically gifted eight-grade teacher came my way. He’d burn CDs from his favorite guitar players and hand them to me the second I walked into his class. From there, it didn’t take long at all. I’d spend hours a night just trying to nail a pentatonic scale, but I began noticing a real improvement in my abilities come into play.

With my family and their friends beginning to notice this interest, a friend of my mom’s, who happened to be a devout Catholic, passed along a message that her church band was in need of new musicians. I decided to tag along with her to the next Mass they played at, and found myself absolutely astounded by the fact that they were playing rock music!

This was a genre I grew up on, and a genre that fueled my creativity for years to come. I spoke with Michael Sheetz after the service to show my interest, and he welcomed me into the group with open arms. Sheetz was a brilliant musician with decades of experience in conducting and arranging, and his pairing with the band was a real match made in heaven. I started in the band rather shy, not contributing a whole lot to the sound, but I gradually found my place once the passion came into play. Michael was the first to acknowledge my versatility and ability to learn things by ear, and for the first time, I was having the time of my life doing what can undisputedly be called community service.

The Masses would always erupt with stomping and clapping the second the music started, and it was a really great sight to see every Sunday. It was a consistent “weekend highlight” that sat in the front of my mind to escape the weekday blues.

Fast forward a few years, and our band has released our first Christmas album under the direction of Greg Gullotti. While I can call this an amalgamation of the years I spent with the band, the real highlight of it all is the harmony you hear throughout the album. Whether that be musical harmony, or the harmony we formed as people after years of making music and sharing our faith together, the album encapsulates it all.

Instruments of Peace, the youth rock band at St. Francis, presented me with not only my favorite community service opportunity, but one of my favorite opportunities in general. I’d be foolish not to recommend it to anyone who wants to practice their faith and get creative with it! 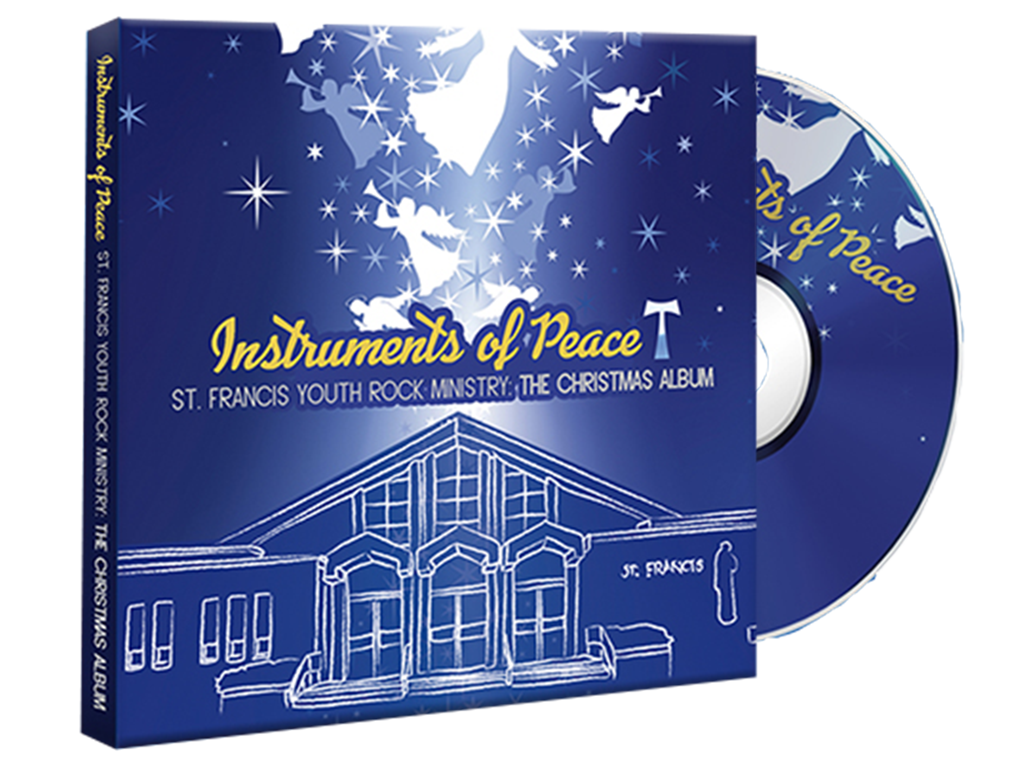 Instruments of Peace’s Christmas
album is available for pickup in the rectory.