St. Francis of Assisi – Patron of our Parish 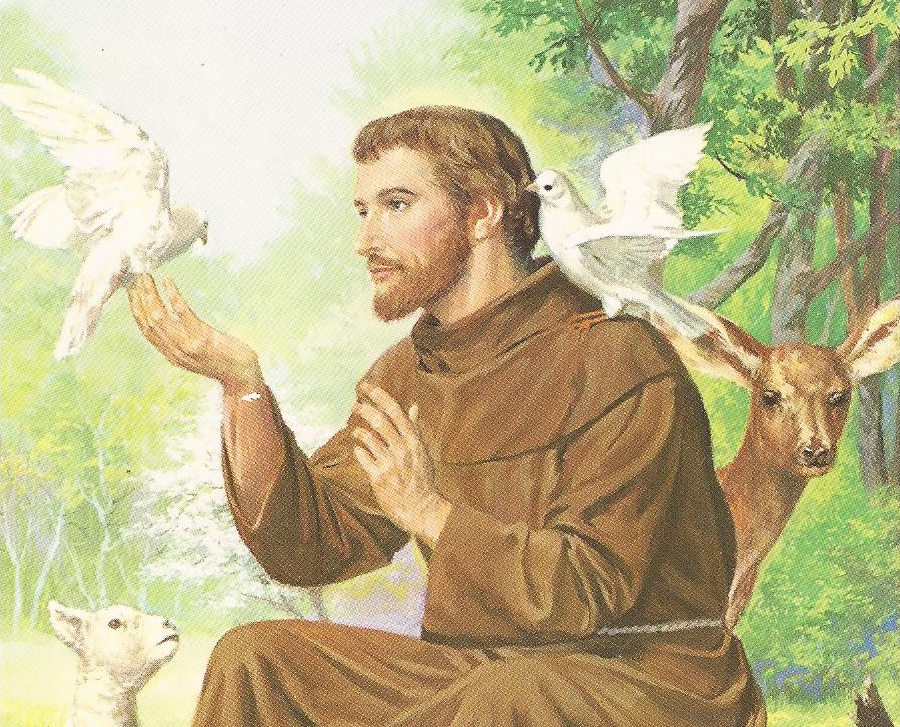 It is immensely satisfying to be able to hold celebrations and pick up where we left off after the worst days of the pandemic. The Day of St. Francis of Assisi, the patron of our parish, will be celebrated this year on Sunday, October 3. Many know St. Francis as the patron saint of animals and nature, and so celebrations often include a blessing for animals. This year, the blessing will be held in front of the church on Sunday, October 3 from 1:30 to 3:30pm, with the ceremony for the animals beginning at 2:00pm. Light refreshments will be offered, and children are invited to bring their stuffed animals for a blessing as well.

St. Francis is one of the most venerated figures in Roman Catholic history. Born into a luxurious lifestyle, after a wild youth and a brief career as a soldier, Francis had a conversion experience that inspired him to renounce his family’s wealth and devote his life to God. His dedication to poverty, humility, obedience, patience, and compassion soon attracted thousands of followers.

Founder of the Franciscan Orders, including the Poor Clares and the lay Third Order Franciscans, he is the patron saint of San Francisco, California and Santa Fe, New Mexico, as well as one of the patron saints of Italy. In 1979, Pope John Paul II paid tribute to Francis’ love of nature by declaring him the patron of ecology and ecologists, proclaiming that his love and care for creation was “a challenge for contemporary Catholics and a reminder not to behave like dissident predators where nature is concerned, but to assume responsibility for it.” Cardinal Jorge Mario Bergoglio became the first pope to honor St. Francis by taking his name, becoming Pope Francis in 2013.

St. Francis died on October 4, 1226 in the town of Assisi, and was quickly canonized by Pope Gregory IX. Although he lived a brief 45 years, the Orders he formed still exist today. Each year over 3 million people make a pilgrimage to his tomb, revealing him to be one of the most popular and beloved saints of all time.

What can we learn from St. Francis? In his own words: “Start by doing what is necessary, then what is possible, and suddenly you are doing the impossible.”