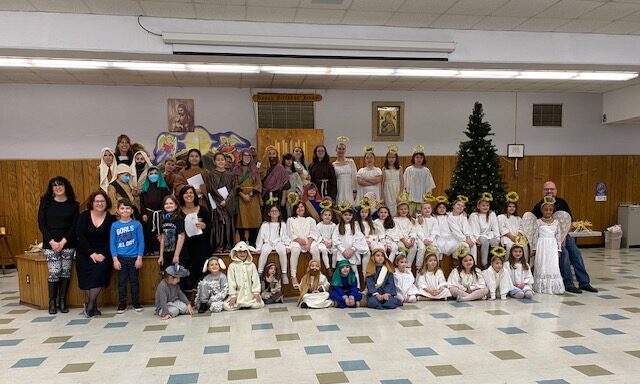 On Sunday, December 11, 2022 at 10am, almost 60 parish children sang, acted and helped tell the story as part of the original musical “The Babe of Bethlehem: St. Francis and the First Christmas Play.” Rehearsals began before Thanksgiving! On the day of the play, children, teens and adults served as featured soloists and actors, narrators, Mary and Joseph, angels, shepherds, animals, set-movers and children even helped out in the pit with sound effects. With a brimming church, outstanding performances inspired much applause from the congregants! St. Nicholas and two elf-helpers also made an appearance after the event during hospitality! A huge “thank you” to ALL those who participated as well as the parents. Thanks to Anita Modelewski for her support. Special thanks to adult volunteers Michelle Giannotti and Karen Pugni as well as director Lena Pennino-Smith who wrote the play and music and her husband Brian Smith, the pianist and music arranger.

For 2023, our parish of St. Francis is gearing up for the 800th ANNIVERSARY of when St. Francis of Assisi first invited an ox and a donkey to Mass and retold the story of the Christ Child from a mountain in Greccio, Italy, inspiring the tradition of the Christmas Play! As the only Catholic Church in Suffolk County named for this beloved saint, we are highly motivated to celebrate and share this story with the larger community! Plans include a performance of the full musical, rather than the 20 minute version, along with hosting an amazing Christmas party on the day of the play, complete with creative family-fun activities! Stay tuned! 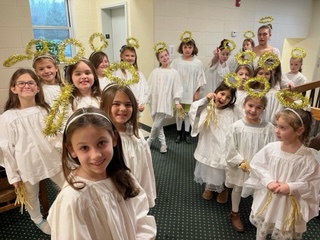 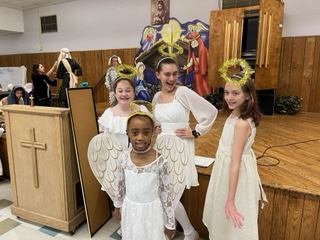 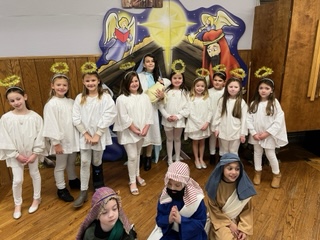