The Windows of our Church: The Life of St Francis of Assisi – Left Panel Story 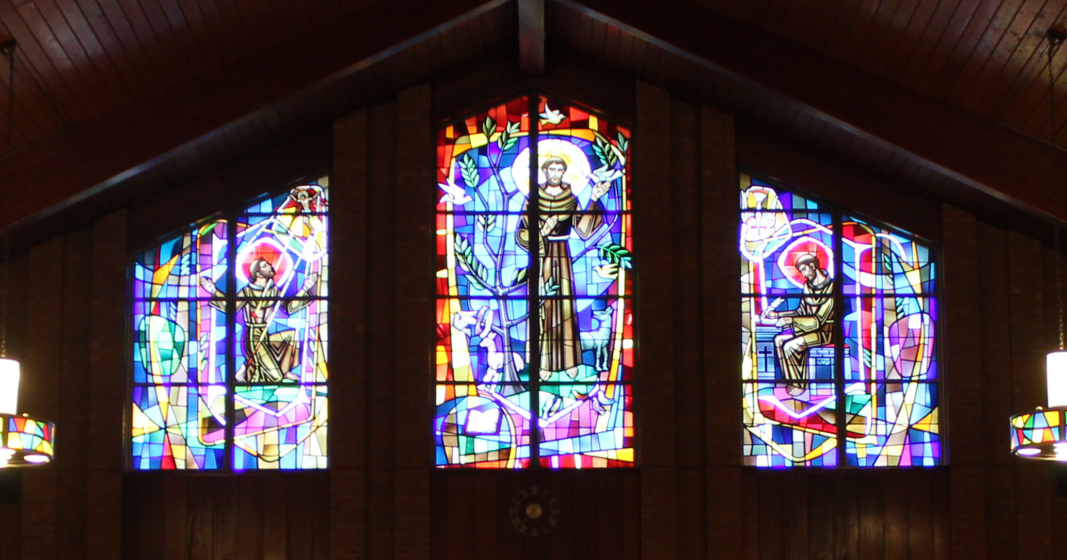 “Early in August, 1224, Francis retired with three companions to “that rugged rock ‘twixt Tiber and Arno”, as Dante called La Verna, there to keep a forty days fast in preparation for Michaelmas.  During this retreat the sufferings of Christ became more than ever the burden of his meditations; into few souls, perhaps, had the full meaning of the Passion so deeply entered.  It was on or about the feast of the Exaltation of the Cross (14 September) while praying on the mountainside, that he beheld the marvelous vision of the seraph, as a sequel of which there appeared on his body the visible marks of the five wounds of the Crucified which, says an early writer, had long since been impressed upon his heart.  Brother Leo, who was with St. Francis when he received the stigmata, has left us in his note to the saint’s autograph blessing, preserved at Assisi, a clear and simple account of the miracle, which for the rest is better attested than many another historical fact.

The saint’s right side is described as bearing on open wound which looked as if made by a lance, while through his hands and feet were black nails of flesh, the points of which were bent backward.  After the reception of the stigmata, Francis suffered increasing pains throughout his frail body, already broken by continual mortification.  For, condescending as the saint always was to the weaknesses of others, he was ever so unsparing towards himself that at the last he felt constrained to ask pardon of “Brother Ass”, as he called his body, for having treated it so harshly.  Worn out, moreover, as Francis now was by eighteen years of unremitting toil, his strength gave way completely, and at times his eyesight so far failed him that he was almost wholly blind (Catholic Encyclopedia).

We are so happy that so many of you are enjoying this beautiful series of reflections by Deacon Jim Byrne. If you would like your own copy of the complete series, please contact the Rectory office and we will be happy to print one for you. 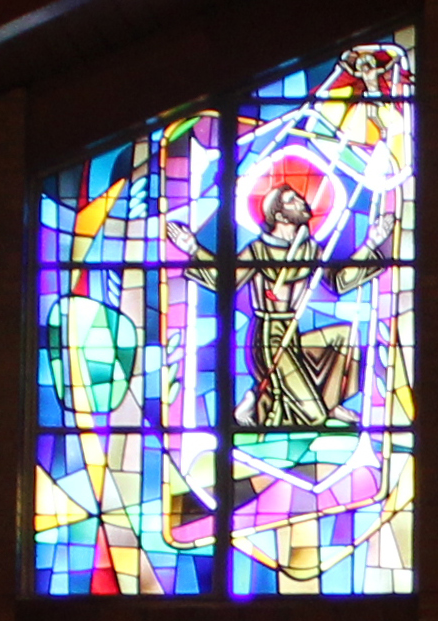